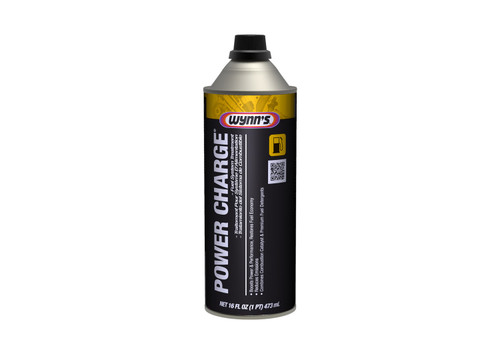 "At Brock’s Performance we have been fighting with the problem of dirty injectors, gummed throttle bodies and inlets, as well as carbon-covered intake valves since the Hayabusa stormed onto the performance scene in 1999. If you are a private owners group member, you know that the Gen 1 Hayabusa section is filled with warnings and examples and ineffective cures which can sometimes create worse problems than they solve.

I can say with confidence that Wynn's Power Charge testing is 100% complete. I am VERY EXCITED because it has performed well in EVERY application since we began testing it in the spring of 2009 and we have seen no ill effects whatsoever, regardless of its concentration or length of stay in the gas tank. It is hands down the most convenient and inexpensive way we have found to help our customers quickly cure an incredibly illusive problem that eventually affects nearly ALL sportbikes.

Whether results are measured on a consistent basis (track or dyno), or by the seat of the pants drivability (ass-o-meter), the likelihood of this problem creeping up on you goes down dramatically if it is attacked with a preventative program such as using Power Charge.

Power Charge can also be used as a power adder with no map changes required!"